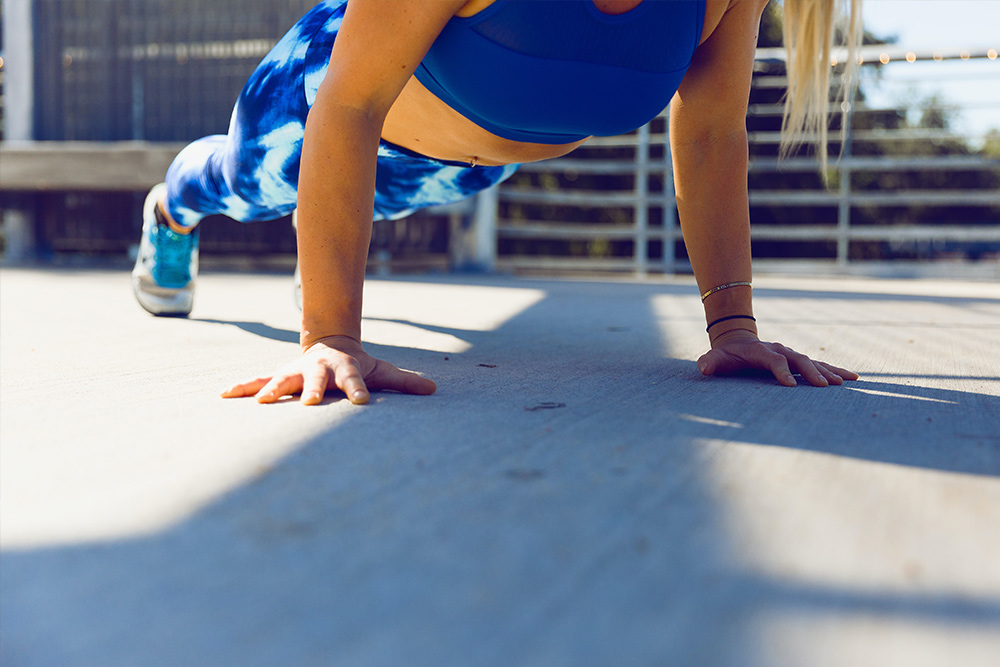 How Many Push-Ups Can You Do?

Most people are aware of the cardiovascular benefits of aerobic exercise. But what about resistance or weight training? Here’s an interesting study that may help answer that question:

Researchers from Harvard and Indiana Universities assessed the “push-up” capacity of over 1000 male firefighters in Indiana. They divided these men into 5 categories based on the number of push-ups they were able to complete without stopping: 0-10, 11-20, 21-30, 31-40, and >40. The men were followed for 10 years and assessed for the development of cardiovascular disease.

Can’t manage 40 push-ups in a row? There’s good news! Even those subjects who could do greater than 10 pushups had a much lower incidence of cardiovascular disease than those who could do less than 10.

It’s important to emphasize that this study was done in an overall young, healthy, and physically fit population. But it still highlights the importance of strength training in addition to aerobic exercise, good nutrition, control of blood pressure, and control of cholesterol in preventing cardiovascular disease.

We at C3 are dedicated to your heart health in every phase of life. If you have cardiovascular health concerns, or just want some advice about your heart health, schedule an appointment with us today! Now, I’m going to go do some push-ups.

Can I still drink coffee?

Preparing for a TAVR Procedure

All information published by Connected Cardiovascular Care Associates on their website TexasC3, social networking and third-party sites including, but not limited to Facebook, Google, and other article directories is intended for informational and educational purposes. The medical information on our website and social networking sites is provided without any representations or warranties, expressed or implied. The information is not intended nor suited to be a replacement or substitute for professional medical treatment or professional medical advice relative to a specific medical question or condition. We advise you to always seek the guidance of your physician or medical professional concerning your medical condition or questions. You must not rely on the information on our website as an alternative to medical advice from your doctor, you are not establishing a doctor/patient relationship with Connected Cardiovascular Care Associates or any physician mentioned in the online content. There is no replacement for personal medical treatment and advice from your physician. If you think you may be suffering from any medical condition, you should seek immediate medical attention.